In his recent bestselling book An Era of Darkness, Shashi Tharoor shows how disastrous British rule was for India. Here is a section of the book that examines the claim that the parliamentary system was an important British contribution to India’s democracy… 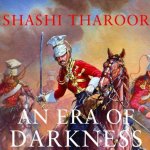 A good part of the British case for having created India’s political unity and democracy lies in the evolution of three of democracy’s building-blocks during the colonial era: a free press, an incipient parliamentary system and the rule of law.  This trifecta, which India retains and has continued to develop in its own ways, existed in the colonial era, but with significant distortions, and is therefore worth examining. …

THE PARLIAMENTARY SYSTEM IN INDIA

By the time of Independence, British India, and many other British colonies, had elections, parties, a more or less free press, and the rule of law, unlike their Spanish, Portuguese, French, Dutch and Belgian counterparts. Democratization may have been slow, grudging and gradual, but it was also more successful in the ex-British colonies than elsewhere. The Indian nationalist struggle and its evolution through various stages–decorous liberals seeking legislative rights, ‘extremists’ clamouring for swaraj, Gandhi and his followers advocating non-violent struggle, the Congress, the Muslim League and other parties contending for votes even with limited franchise: all these pre-Independence experiences served as a kind of socialization process into democracy and helped to ease the country’s transition to independence.

It is remarkable that when the Indian nationalists, victorious in their freedom struggle, sat down to write a Constitution for independent India, they created a political system based entirely on British parliamentary democracy. Was this simply because they had seen it from afar and been denied access to it themselves, and so wanted a replica of Westminster in India, or might it be that the British, through the power of example, actually convinced Indians that theirs was a system worth emulating?

A digression here: Personally, I am far from convinced that the British system is suited to India. The parliamentary democracy we have adopted involves the British perversity of electing a legislature to from an executive: this has created a unique breed of legislator, largely unqualified to legislate, who has sought election only in order to wield (or influence) executive power. It has produced governments obliged to focus more on politics than on policy or performance. It has distorted the voting preferences of an electorate that knows which individuals it wants but not necessarily which politics. It has spawned parties that are shifting alliances of individual interests rather than the vehicles of coherent sets of ideas. It has forced governments to concentrate less on governing than on staying in office, and obliged them to cater to the lowest common denominator of their coalitions. It is time for a change.

Pluralist democracy is India’s greatest strength, but its current manner of operation is the source of our major weaknesses. India’s many challenges require political arrangements that permit decisive action, whereas ours increasingly promote drift and indecision. We must have a system of government whose leader can focus on governance rather than on staying in power.  The parliamentary system has not merely outlived any good it could do; it was from the start unsuited to Indian conditions and is primarily responsible for many of our principal political ills. This is why I have repeatedly advocated a presidential system for India not just for the federal government in New Delhi, but a system of directly elected chief executives at the levels of villages, towns, states and the centre, elected for fixed terms and accountable to the voters every five years, rather than to the caprices of legislatures and the shifting majorities of municipal councils or village panchayats.

The parliamentary system devised in Britain–a small island nation with electorates initially of a few thousand voters per MP, and even today less than a lakh of people per constituency–assumes a number of conditions which simply do not exist in India. It requires the existence of clearly defined political parties, each with a coherent set of policies and preferences that distinguish it from the next, whereas in India a party is all too often a label of convenience which a politician adopts and discards as frequently as a Bollywood film star changes costume. The principal parties, whether ‘national’ or otherwise, are fuzzily vague about their beliefs: every party’s ‘ideology’ is one variant or another of centrist populism, derived to a greater or lesser degree from the Nehruvian socialism of the Congress. But we cannot blame the British for saddling us with this system, though it is their ‘Mother of Parliaments’ our forefathers sougth to emulate. First of all, the British had no intention of imparting democracy to Indians; second, Indians freely chose the parliamentary system themselves in  a Constituent Assembly.

Like the American revolutionaries of two centuries ago, Indian nationalists had fought for ‘the rights of Englishmen’. Which they thought the replication of the Houses of Parliament would both epitomize and guarantee. When former British Prime Minister Clement Attlee, as a member of a British constitutional commission, suggested the US presidential system as a model to Indian leaders, he recalled, ‘they rejected it with great emphasis. I had the feeling that they thought I was offering them margarine instead of butter.’ Many of our veteran parliamentarians–several of whom had been educated in England and watched British parliamentary traditions with admiration–revelled in their adherence to British parliamentary convention and complimented themselves on the authenticity of their ways. Indian MPs still thump their desks in approbation, rather than applauding by clapping their hands. When bills are put to a vote, an affirmative call is still ‘aye’, rather than ‘yes’. Even our Communists have embraced the system with great delight: an Anglophile Marxist MP, Professor Hiren Mukherjee, used to assert proudly that British Prime Minister Anthony Eden had felt more at home during Question Hour in the Indian Parliament than in the Australian.

But six decades of Independence have wrought significant changes, as exposure to British practices has faded and India’s natural boisterousness has reasserted itself. Some of the state assemblies in our federal system have already witnessed scenes of furniture overthrown, microphones ripped out and slippers flung by unruly legislators, not to mention fisticuffs and garments torn in scuffles among politicians. Pepper spray has been unleashed by a protesting Member of Parliament in the well of the national legislature. We can scarcely blame the British for that either.

And yet the argument that Britain left us with self-governing institutions and the trappings of democracy fails to hold water in the face of the reality of colonial repression. Let me cite one who actually lived through the colonial experience, Jawaharlal Nehru, who wrote in a 1936 letter to an Englishman, Lord Lothian, that British rule is ‘based on an extreme form of widespread violence and the only sanction is fear. It suppresses the usual liberties which are supposed to be essential to the growth of a people; it crushes the adventurous, the brave, the sensitive, and encourages the timid, the opportunist and time-serving, the sneak and the bully. It surrounds itself with a vast army of spies and informers and agents provocateurs. Is this the atmosphere in which the more desirable virtues grow or democratic institutions flourish?’ Nehru went on to speak of ‘the crushing of human dignity and decency, the injuries to the soul as well as the body’ which ‘degrades those who use it as well as those who suffer from it’. These were hardly ways of instilling or promoting respect for democracy and its principles in India. This injury to India’s soul–the very basis of a nation’s self-respect–is what is always overlooked by apologists for colonialism.